I guess we can now say beyond a shadow of a doubt that Mattel’s Barbie brand “gets it.” What started out a handful of years ago as what appeared to be a desperate attempt to breathe life back into the iconic doll brand has truly become its new mantra  representing womankind in a more realistic and empowered image. The brand has been transformed over the past few years from a fashion doll with an unachievably thin body to a fashion doll that exemplifies and celebrates female empowerment.

Evolving the brand to reflect the times

In 2015, the brand introduced dolls with a broad variety of skin tones and hair styles. In 2016 came the new look Barbie with three new body types. Just last Tuesday, on the eve of International Women’s Day, Mattel announced that it will be honoring 17 real, modern-day and historical women by introducing dolls in their likenesses. According to the Barbie web site, this idea was spawned because “86% of moms surveyed were worried about the kind of role models their daughters are exposed to.” The brand is now ”committed to shining a light on empowering role models past and present in an effort to inspire more girls.”

The modern-day women are part of Barbie’s “Shero” program, which includes snowboarding champion Chloe Kim, Filmmaker Patty Jenkins, conservationist Bindi Irwin, prima ballerina Yuan Yuan Tan, designer and entrepreneur Leyla Piedayesh, and many others. The historical figures are part of the brand’s “Inspiring Women” program, which currently includes aviation pioneer and first female to ever fly across the Atlantic Ocean, Amelia Earhart, renowned Mexican fine artist and activist, Frida Kahlo, and African-American NASA mathematician and physicist who broke race and gender barriers, Katherine Johnson. These dolls include information about their achievements and a certificate of authenticity.

Although Mattel is continuously moving towards changing the perception that the Barbie brand is promoting harmful stereotypes through the doll’s unrealistic body standards, these newest introductions leverage the standard Barbie doll proportions rather than matching the proportions of the women they depict. And they are not without criticism. Chicago Tribune contact reporter Heidi Stevens gives Mattel kudos for the idea of paying tribute to these heroines in honor of International Women’s Day. She just wishes they weren’t ”skeletal.” Citing the charts that were published a few years ago that showed how impossible Barbie’s body proportions would be if she were a real woman, Stevens feels that these unrealistic physical attributes would be “major impediments” to the accomplishments of these legendary women. She goes on to say that “it would have been symbolic and powerful to use this new series as a line in the sand – a moment to say, ’Real women in history deserve realistic body types. Here you go.'”

The family of artist Frida Kahlo doesnt seem to have an issue with the proportions of the doll that was made in her likeness. But they have threatened legal action against the toy giant, stating that Mattel did not have proper authorization to use the artist’s image. Mattel has since stated that they’ve “worked in close partnership with the Frida Kahlo Corporation, the owner of all rights related to the name and identity of Frida Kahlo, on the creation of this doll.” In addition to this dispute, critics have expressed displeasure with the depiction of the artist’s likeness, claiming that Mattel did not capture Kahlo’s characteristic unibrow and that the doll’s costume does not accurately portray the elaborate Tehuana-style dresses worn by the artist. Mara Romeo, great-niece of the legendary Mexican artist, would have preferred that the doll look more like Frida Kahlo and that its appearance and characteristics “match what the artist really was.”

Do Ms. Stevens and the family of Frida Kahlo have valid points? Has Mattel’s decision to stick with the standard Barbie proportions for these dolls tainted the brand’s endeavor to honor and celebrate these historical female role models? Did Mattel miss the mark in their physical portrayal of these women? Or has Mattel intentionally created these dolls as Barbie-esque interpretations rather than anatomically accurate representations of the women they depict?

How product development limitations factor into the mix

Those of us who have lived most of our lives as part of the fabric of the toy industry understand the limitations involved in product development with regard to dedicated tooling. Can a doll be manufactured to match the likeness of a person in almost exacting detail? Yes. But not without cost implications that will affect price point. If 17 completely different body shapes with all of the articulation of a typical Barbie doll are produced, it’s highly unlikely that they would retail for $29.99. Then there’s the rationale for maintaining the standard Barbie proportions so that all Barbie fashions and accessories would fit these dolls. After all, Mattel has never lost sight of the fact that Barbie is a fashion doll first and foremost. Regardless of how the brand’s positioning may have evolved over the past few years, that particular precept hasn’t changed.

What are your thoughts on the Barbie brand’s new celebration of female role models for today’s young girls? Is Mattel digressing in its effort to portray women in a more physically realistic and empowered manner? Or can we give them credit for recognizing these exemplary women, both legendary and those that are well on their way to becoming just that? 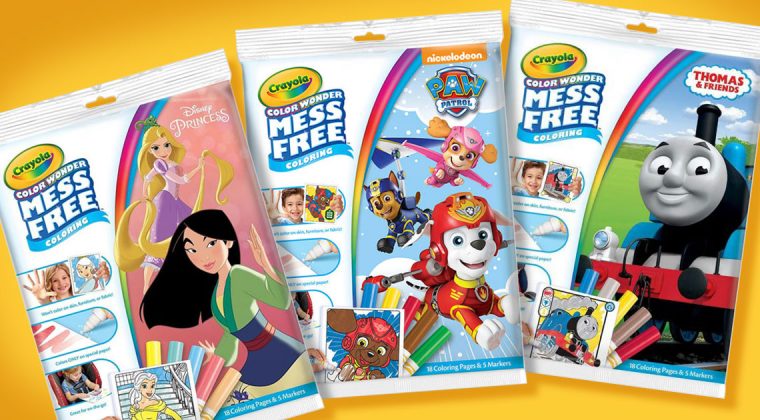 05.10.2020Ted Mininni
The Battle for Dominance in Co-Branded Package Design

I place a very high value on the discussions I have with my clients about the issues they're struggling with as they develop packaging for their products. Whether they're with a brand owner or licensee, these conversations help to identify which challenges are most common. And, as … Read More

Anyone close to me knows that I'm a huge Vans enthusiast. I have somewhere between 15 - 20 pair of OG Classic Slip-Ons, Authentics and Chukkas peppering the shelves of my closet at any given moment. And anyone who knows our agencys history understands how important Marvel … Read More